This is an excerpt of a story taken from Krishna’s final teachings in the Uddhava Gita about a young avadhuta (‘pure one’) who enlightens a Yadu King on the nature of the Teacher:

And the young avadhuta said to the Yadu King:

‘Hear me well, O king, as I tell you what I have learned from these my teachers.

From the earth I learned to remain undisturbed even while being oppressed by those under the sway of their own destiny. The earth taught me not to deviate from the course I set for myself ~ just as it does not deviate from its path around the sun.

From the air I learned what it means to be an ascetic: to take only what is needed to keep body healthy and mind balanced, and that more than that causes mind and body to waste away.

From the air I learned what it means to be a Yogi: to move about freely in contact with all things but attached to no thing; to be the breath that comes and goes unconcerned with reward and punishment.

From the air that moves I learned that the Yogi comes and goes through many bodies, yet remains in untouched stillness ~ just ike the gentle breeze that carries fragrances from place to place.

From the water I learned that the sage must be transparent and like the water we must be sweet, always offering purity so that others through our company may be cleansed and purified.

From the fire I learned that in order to teach the sage must sometimes be hidden and sometimes be visible. In this way, like fire, the sage can grant blessings, in which all transgressions are burned.

I learned that just like fire that has no shape of its own, but to reveal itself takes the shape of the log being burned, so are we. Whatever our form, whatever our history, the Self reveals itself in all forms over and over again.

Time and its passage belong to the body ~ not to the Self of all bodies. I learned this by watching the moon, which remains the same even while it appears to change with the passage of time.

Through the power of time death follows birth and birth follows death. Yet the Self does not observe these changes ~ just as the observer does not see each flame of the fire being born, taking shape and dying, to be born again.

From the sun I learned non-attachment. The sun draws water up into the atmosphere and then returns it as the gentle rain. This is surely what it means to live as a Yogi ~ accepting the experiences that are freely offered, and letting them go when they are withdrawn.

Like the sun the Self is one. But like the sun reflected on moving water the Self appears to be broken into many forms. But I learned from the sun not to mistake the image for the reality…’ 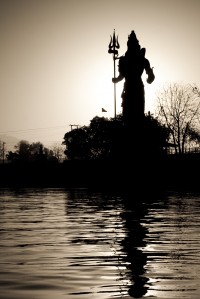 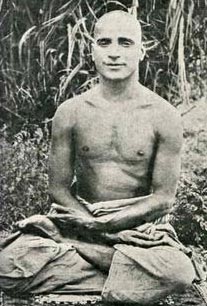 Practices are for all

please donate to support my work